One of the bright spots in 2016 has been a thoughtful and fan-friendly showcase of Australian baseball. The best intro to the sport down under is Strike Zone Australia hosted by Chris Coleman @CJCau.

One of the Australian Baseball League’s big rivalries pits Canberra against Perth. This week a 4-game series begins Thursday at The Fort at MIT Ballpark in Canberra.

Hot Wings, Hot Dogs, Craft Beer and Wine? Bring your dogs on Sundays? Wish I could be there in person! 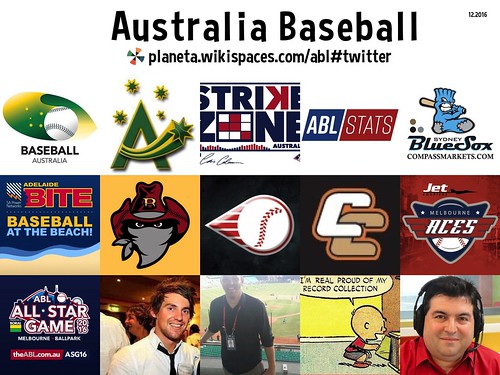 SUNDAY SESSIONS at MIT Ballpark shouldn't be missed! Get your mates together and enjoy our summer package at the baseball! #charge pic.twitter.com/QEqFXuA9iX

Be the first kid on your block to own our shiny new episode. #LiveAndFree now at https://t.co/G0DSHJfJzH or find it on @iTunesPodcasts

Game 1 against @PerthHeat is still scheduled to go ahead tonight. Here is your Cavs starting lineup! Louis Cohen will start! #CHARGE pic.twitter.com/BuY9vGhbBA

Christmas is in the air at MIT Ballpark with special Cavalry Christmas jeserys courtesy of Rolfe Motors #CHARGE #christmascheer pic.twitter.com/uGU59W7Arr