Skip to content
home 2017, Biodiversity, Parks Roadmap for the Man and the Biosphere (MAB) Programme

A New Roadmap for the Man and the Biosphere (MAB) Programme and its World Network of Biosphere Reserves including:
MAB Strategy (2015-2025)
Lima Action Plan (2016-2025)
Lima Declaration

The 4th World Congress of Biosphere Reserves took place from March 14-17 2016 in Lima, Peru. It was organized by the Secretariat of the MAB programme, the Ministry of Environment of Peru (MINAM) and its National Service of Natural Areas Protected by the State (SERNANP), and the MAB National Committee of Peru. The Congress, which took place for the first time outside Europe, gathered together over 1,100 participants from 115 countries and addressed issues related to the implementation of the MAB Strategy, notably in support of the 2030 Agenda for Sustainable Development, the Sustainable Development Goals (SDGs) and the Paris Climate Agreement, such as education for sustainable development, green economies and green societies, biodiversity, climate change, and the protection and sustainable use of natural resources, among others

Launched in 1971, UNESCO’s Man and the Biosphere (MAB) Programme is an intergovernmental scientific programme that, from its beginning, has aimed to establish a scientific basis for the improvement of relationships between people and their environments. MAB combines the practical application of natural and social sciences, economics and education to improve human livelihoods and the equitable sharing of benefits, and to safeguard natural and managed ecosystems, promoting innovative approaches to economic development that are socially and culturally appropriate and environmentally sustainable. In practice, the MAB Programme is implemented in biosphere reserves. They may contain terrestrial, coastal and/or marine ecosystems, which should be representative of their biogeographic region and of significance for biodiversity conservation. Each biosphere reserve promotes solutions reconciling the conservation of biodiversity with its sustainable use, towards sustainable development at the regional scale. While biosphere reserves are nominated by national governments and remain under the sovereign jurisdiction of the states where they are located, their global status as biosphere reserves is internationally recognized. Biosphere reserves are models to test and apply interdisciplinary approaches to understanding and managing changes in social and ecological systems, and their interaction, including conflict prevention and the conservation of biodiversity. The MAB Programme’s World Network of Biosphere Reserves (WNBR) was launched in 1976. As of 2015, it comprises 651 biosphere reserves in 120 countries, including 14 transboundary biosphere reserves on the territory of two or more countries. As specified in the 1995 Statutory Framework for the WNBR, biosphere reserves should strive to be sites of excellence to explore and demonstrate approaches to conservation and sustainable development on a regional scale. To do this, each biosphere reserve should combine three interconnected functions – conservation, development and logistical support – through appropriate zoning, comprising: (1) one or more legally constituted core areas, devoted to long-term protection; (2) adjacent buffer zones; and (3) an outer transition area where sustainable development is promoted and developed by public authorities, local communities and enterprises. Thus, biosphere reserves integrate biological and cultural diversity, particularly recognizing the role of traditional and local knowledge in ecosystem management. They focus on a multi-stakeholder approach with a particular emphasis on the involvement of local communities in management, and often have highly innovative and participative governance systems.

From the strategic action plan:

Evaluation Framework The MAB Strategy will be implemented through the associated MAB Action Plan and assessed using a specific Evaluation Framework founded in strategic intervention logic. This will connect the Strategic Objectives and the Strategic Action Areas contained in the present strategy with the key activities and outputs of the Action Plan. Under the Framework, performance indicators will be developed, together with corresponding sources of verification and monitoring, and included in an evaluation plan that sets out roles and responsibilities of the key actors involved in the performance and achievement of the Strategy and the Action Plan. The Evaluation Framework and subsequent monitoring and evaluation will be developed and conducted in close cooperation with UNESCO’s Internal Oversight Service (IOS). 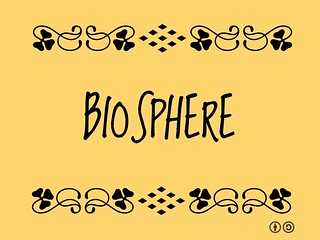