The World Heritage Committee examined proposals to inscribe 29 sites on UNESCO’s World Heritage List during its 40th session, which will be chaired by Ambassador Lale Ülker, General Director for Overseas Promotion and Cultural Affairs at the Turkish Ministry of Foreign Affairs. The sessions were held at the Istanbul Congress Centre.

#40whc meetings were webcast via livestreaming. Keep an eye on the Provisional Timetable and Provisional Agenda. You can watch previous video recordings.

The following nominations will be examined: 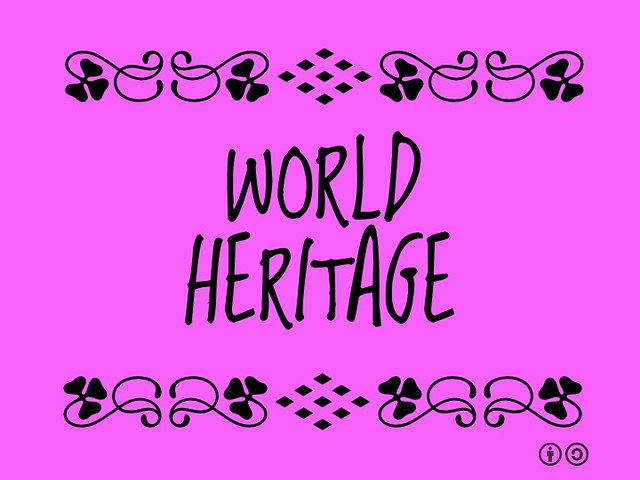 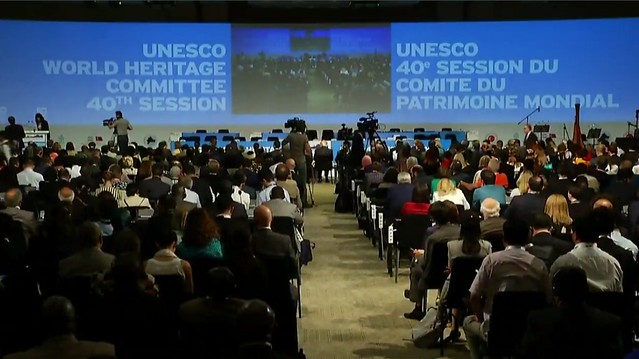 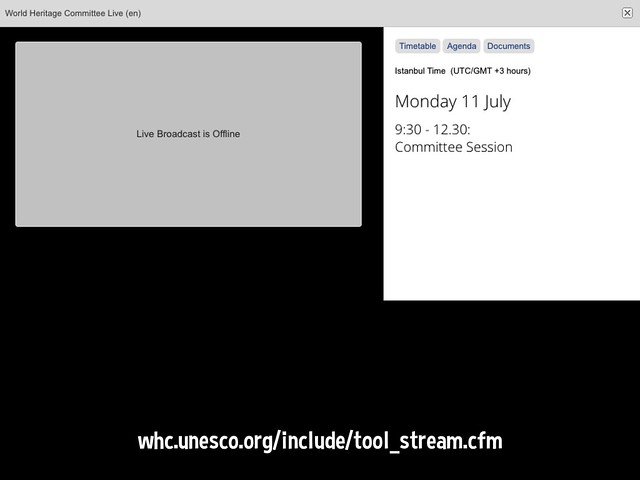 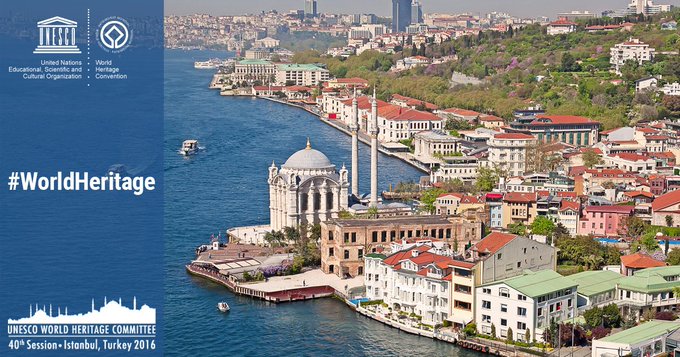 26 nominations come before #WorldHeritage Committee at its 40th meeting in Istanbul http://on.unesco.org/29GqORp  #40whc

Istanbul Declaration on the Protection of World Heritage
http://40whc2016.istanbul/assets/pdfDocs/istanbul-declaration-12-07-2016.pdf (PDF)
ISTANBUL DECLARATION ON THE PROTECTION OF WORLD HERITAGE WAS UNANIMOUSLY ADOPTED!
Today on July 11th, World Heritage Committee Member States adopted the Istanbul Declaration on the Protection of World Heritage during the 40th Session of the UNESCO Committee, being organised in Istanbul under the chairmanship of Turkey. The Declaration, prepared with the iniative of the Chair of the Committee, Turkey, was unanimously adopted by the Committee Member States. By the so-called Istanbul Declaration, referring to the importance of cultural and natural heritage, States Parties are invited to take measures and act together against the destruction of common heritage of humankind, in cooperation with UNESCO and in correspondence with relevant UNESCO cultural conventions. The Istanbul Declaration is as follows: We, members of the World Heritage Committee, gathered in Istanbul today on 11 July 2016 on the occasion of its 40th session, declare the following: Fully aware of the paramount importance of cultural and natural heritage for people’s values, identities and memory, as well as for sustainable social and economic development; Fully determined to harness cultural heritage as a force for dialogue and mutual understanding, to foster a sense of common history and the intellectual and moral solidarity of humanity, as the lasting foundation for peace, in the spirit of UNESCO Constitution; Bearing in mind the task entrusted to UNESCO by its Constitution, to ensure conservation and protection of the world’s inheritance of books, works of art and monuments of history and science; Mindful of UNESCO’s acquis on the protection of cultural and natural heritage; Recalling the relevant United Nations Security Council and General Assembly Resolutions, especially UNSC 2199 (2015) and 2253 (2015); Welcoming the references to culture in the 2030 Agenda for Sustainable Development that recognize and reinforce the important role of culture and cultural diversity in peaceful and inclusive societies and sustainable development; Reaffirming the commitment made by the 2015 Bonn Declaration on World Heritage in order to strengthen the international protection of cultural and natural heritage; Welcoming the 2016 Ngorongoro Declaration on Safeguarding African World Heritage as a Driver of Sustainable Development; Expressing serious concern about the destruction of and particularly the growing number of deliberate attacks against cultural heritage worldwide; Emphasizing that cultural diversity is essential and contributes to the richness of the common cultural heritage of humankind, and therefore must be respected, celebrated and protected; Deeply distressed by the increase of illegal excavations, as well as looting and illicit trafficking of artefacts which poses serious threat to World Heritage; Recognizing also the negative impact of factors such as climate change, environmental hazards and increasing social and economic pressure on heritage properties; Reiterating our commitment to the Global Coalition for #Unite4Heritage campaign launched by the Director-General; Fully cognizant that the 1972 Convention Concerning the Protection of the World Cultural and Natural Heritage is the most effective international instrument for the protection of the world’s cultural and natural heritage that are increasingly threatened with destruction not only by the traditional causes of decay; Also recognizing the increasing constraints impeding the proper implementation of the Convention, such as the lack of financial and human resources which threatens the sustainability of the World Heritage Fund; *** Invite all States Parties to consider innovative and effective solutions in a determined way to better address the evolving needs in heritage preservation; Strongly encourage all States Parties to contribute financially both by budgetary and extra-budgetary means to secure without further delay full and sound implementation of the Convention; Remind all States Parties of their obligation to safeguard cultural and natural heritage of Outstanding Universal Value at national and international levels and to take all appropriate legislative measures in that direction where necessary; Call upon States Parties to integrate the protection of cultural and natural heritage in their policy making processes and security strategies; Call for a relevant and significant international assistance mechanism providing a more coherent expertise and resources sharing approach, as intensified international cooperation lies in the heart of the Convention; Call on States Parties to exercise proactive policy supported by decisive initiatives towards protection and restoration of cultural and natural heritage sites, especially those included on the List of World Heritage in Danger; Invite States Parties to reflect on how to better increase synergies between UNESCO’s culture conventions; as well as continue on-going collaboration to enhance synergies between biodiversity conventions; Unanimously commit ourselves to promote and implement the objectives of this Declaration.a