The international Berlin-Copenhagen Bikeway links the German with the Danish capital, three idyllic regions and a lot of friendly people.

Wikipedia: The Berlin–Copenhagen Cycle Route (German: Radfernweg Berlin-Kopenhagen) is a 630 km (390 mi) long-distance cycling route that connects the German and Danish capital cities. The German portion of the route, between Berlin and Rostock, is approximately 370 km (230 mi); the Danish portion, between Gedser and Copenhagen, is approximately 260 km (160 mi). Between Rostock and Gedser, cyclists must take a ferry. 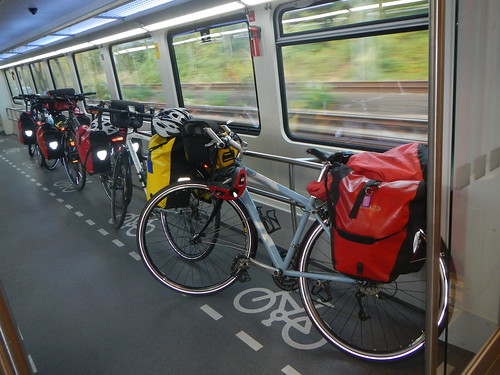