Wikipedia: Murujuga, usually known as the Burrup Peninsula, is an island in the Dampier Archipelago, in the Pilbara region of Western Australia, containing the town of Dampier. Originally named Dampier Island after the English navigator William Dampier, it lies 3 km off the Pilbara coast. In 1963 the island became an artificial peninsula when it was connected to the mainland by a causeway for a road and railway. In 1979 Dampier Peninsular was renamed Burrup Peninsular after Mt Burrup, the highest peak on the island, which had been named after Henry Burrup, a Union Bank clerk murdered in 1885 at Roebourne.

In Ngayarda languages, including that of the Indigenous people of the peninsula, the Jaburara people, murujuga meant “hip bone sticking out.” The peninsula is a unique ecological and archaeological area since it contains the world’s largest and most important collection of petroglyphs – ancient Aboriginal rock carvings some claim to date back as far as the last ice age about 10,000 years ago. The collection of standing stones here is the largest in Australia with rock art petroglyphs numbering over one million, many depicting images of the now extinct thylacine (Tasmanian tiger).

Over one million carvings shining on the Burrup Peninsula could soon be World Heritage listed – Eddie speaks with Murujuga Aboriginal Corporation CEO Peter Jeffries about the news the WA government has started to apply for World Heritage listing. 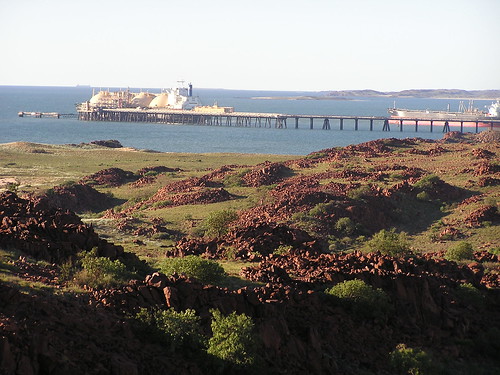