Located at the southern edge of the San Juan Mountains in the San Juan National Forest in Southwestern Colorado, Chimney Rock National Monument covers seven square miles and preserves 200 ancient homes and ceremonial buildings, some of which have been excavated for viewing and exploration: a Great Kiva, a Pit House, a Multi-Family Dwelling, and a Chacoan-style Great House Pueblo. Chimney Rock is the highest in elevation of all the Chacoan sites, at about 7,000 feet above sea level.

From the base, the hike to the top is just a half mile and it’s rewarded with dramatic 360-degree views of Colorado and New Mexico.

The Chimney Rock Interpretive Program conducts daily guided walking tours and operates the Visitor Center during in-season, May 15 to September 30.

Quotes
Here in Pagosa Springs, the designation of Chimney Rock as a national monument in 2012 has resulted in a 50 percent increase in visitorship, resulting in adding $1.7 million and 22 additional jobs to the local economy. – Ernie OToole, Why we need to protect and enhance the Antiquities Act of 1906 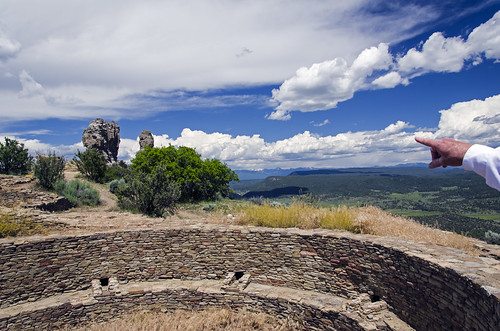 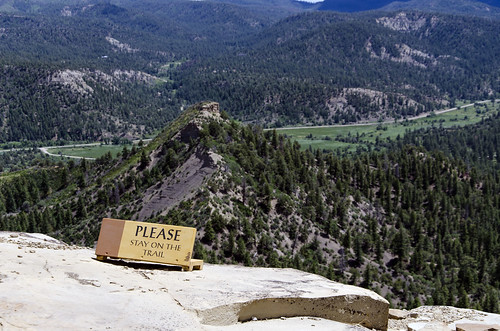