Australia – The Great Barrier Reef is the world’s largest coral reef system. The reef is the largest natural feature on earth and stretches more than 2,300 kilometers off the coast of Queensland.

The park lies east of the mainland coast of Queensland, Australia starting in the north of Cape York. Its northern boundary is the circle of latitude 10°41’S (running east up to the eastern edge of the Great Barrier Reef at 145º19’33″E), thereby encompassing a few uninhabited Torres Strait Islands that are east of Cape York, south of 10°41’S and north of 11°00’S. 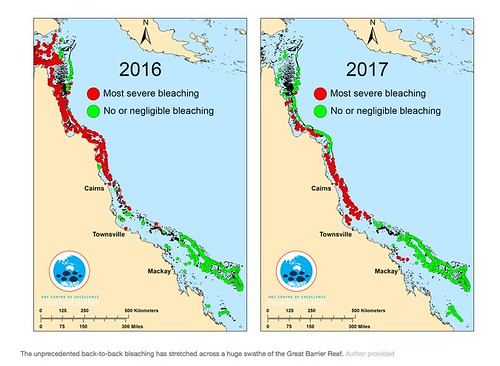 More crackpot ideas for saving tiny amounts of the #GreatBarrierReef – with fans, sunscreen, and…… a cannon. CNET https://t.co/0hJNZkOUAU

How do we value the Great Barrier Reef?

Tourism v Coal mines: what should we know about the #GreatBarrierReef? #COP13 #WildOz