May 11, 2018 – Due to the ongoing seismic activity and the anticipated explosions caused by large rock falls, the interaction of ground water and lava, and the possibility of an ensuing ash fall event, all areas of Hawai’i Volcanoes National Park are closed, with the exception of the portion of Highway 11 that runs through the park and the Kahuku Unit.

Background
Kilauea Volcano on the island of Hawaii is one of Earth’s most active volcanoes, drawing scientists and tourists alike from all over the world to study and witness its spectacular displays of nature. 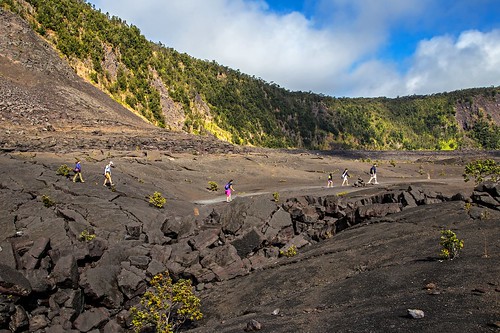 An update for you from our partner park: Two-thirds of Hawai‘i Volcanoes National Park Remains #Closed

Most of #HawaiiVolcanoesNationalPark remains closed since Friday, May 11 due to ongoing seismic activity, summit deflation, and a… https://t.co/o07bdnyjS0