World War 2
At 8:15 a.m. on 6 August 1945, the first atomic bomb to be used in war was dropped by the United States Army Air Forces from the Enola Gay, a B-29 bomber. The force of the atomic bomb effectively obliterated the city of Hiroshima, Japan. Over 70,000 people were killed instantly, and another 70,000 suffered fatal injuries from the radiation.

World Heritage
The Hiroshima Peace Memorial, also known as the Genbaku Dome, Atomic Bomb Dome or A-Bomb Dome, was designated a UNESCO World Heritage Site in 1996. The ruin serves as a memorial to the people who were killed in the atomic bombing of Hiroshima on 6 August 1945. The building was the only structure left standing near the bomb’s hypocenter. 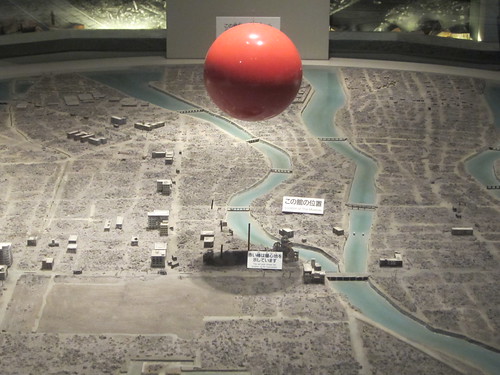