The kākāpō is the word’s largest parrot, flightless and with a tricky breeding cycle. Recently their number actually went down to a mere 51 birds on Earth, but now scientists have successfully found ways to breed them.

Recommended Listening
One of our favorite new podcasts of 2018: Kākāpō Files, breaking bird news from one of the world’s favourite birds – New Zealand’s rare flightless parrot, the kākāpō. Presented by Alison Ballance (@AlisonBallance).

Headlines
How a dud became a stud

If you love #kakapo and you want to know all the details of the exciting breeding season ahead, you MUST check this podcast by @AlisonBallance I’ve heard the first two episodes and it’s great!https://t.co/fg5RuINGKb pic.twitter.com/JS30DTl89B

Addressing the underlying #genomic traits relating to inbreeding depression in #kākāpō which manifests in high rates of hatching failure is hugely important according to @Birds_py #ConSERTeam @UCNZscience: >50% failure across the population. #ICCB2019 @OSNZBirdsNZ pic.twitter.com/oLacv4Gg6B 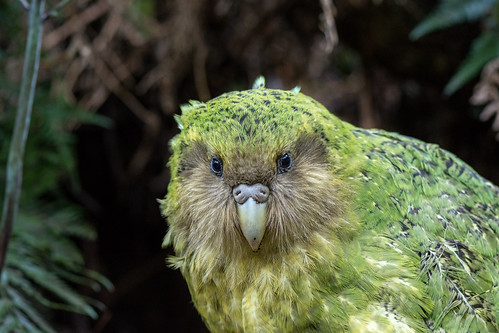