Kangaroo Island is Australia’s third-largest island, after Tasmania and Melville Island. It lies in the state of South Australia 112 km (70 miles) southwest of Adelaide.


KANGAROO ISLAND FIRE: World famous tourist destination Southern Ocean Lodge, has been destroyed. Here are before and after pictures. Luckily, no one was injured. Details on #9News at 6.00pm. pic.twitter.com/y52YRwll1S

#WATCH: Little remains at Southern Ocean Lodge after it was destroyed by the Kangaroo Island Fire in SA. #9News pic.twitter.com/xPAI78VqRa

A bushfire on South Australia's Kangaroo Island is "virtually unstoppable" as it rages under extreme conditions https://t.co/kjt44Knjuv

Have been on Kangaroo Island for two days but it feels like a month. Nothing could have prepared me for this. We're non-stop in the field searching for wildlife survivors in apocalyptic landscapes. Air is thick with ash and death, but I wouldn't be anywhere else #AustralianFires pic.twitter.com/hHyvyVwJ3x

So,so foolish in your pronouncement. My respect for you has totally evaporated . Pathetic https://t.co/Dof76tgniU

As fire raged near his Kangaroo Island home, scientist Wallace Law assisted volunteers with fire mapping. But it was needlessly tricky.

"I crashed my computer. I maxed out my hard drive. I spent hours on possibilities that turned out to be dead ends."https://t.co/8Be3McFEHW

Background
British navigator Matthew Flinders named the island in 1802. Separated from the mainland about 10,000 years ago, the island is devoid of dingoes and introduced foxes and rabbits. This means the island’s wildlife has flourished. Native wildlife include echidnas, platypus, goannas, wallabies, and kangaroos. More than one-third of the Island lies in a National or Conservation Park.

Seal Bay Conservation Park is home to Australian sea lions, among the world’s rarest marine mammals, with only 10,000 to 12,000 remaining and about 5 percent of them making a home among the dunes of this sheltered bay.

Headlines
I made bushfire maps from satellite data, and found a glaring gap in Australia’s preparedness

Strategy
The Kangaroo Island Strategic Natural Resources Management Plan 2017-2027 sets the strategic direction for managing the Island’s natural resources for the benefit of the community and its environmental, cultural, social, and economic future.

Elsewhere on the Web
kangarooislandwildernesstrail.sa.gov.au 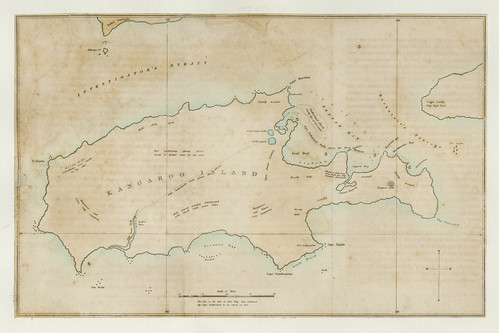 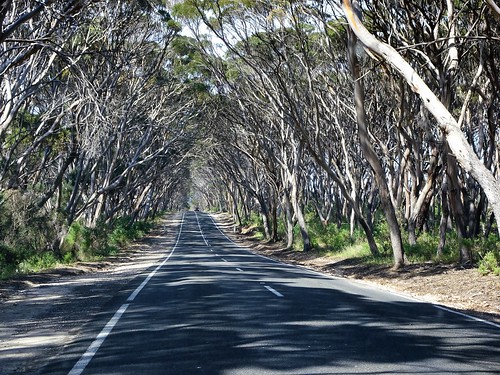