Publisher’s note: This feature was originally written in the early 2000s and is being updated. Suggestions are welcome.

Given the diversity of habitats, the park has a variety of wildlife, including 11 species of amphibians, 34 reptiles, 294 birds (94 migratory) and 73 mammals. The region supports a large population of jaguars (the second- or third-largest in Mexico), as well as ocelots, jaguarundi and spider monkeys.

The mangrove stands — some reaching 22 meters in height — are among the most important in the region. This is one of the largest marine fishery spawning areas on Mexico’s southwest coast.

History
La Encrucijada was first decreed as a state park in 1972. In 1995 its status was upgraded to a federal protected area. Currently, the park is managed by the Instituto de Historia Natural y Ecologia de Chiapas (IHNE) through the National Commission for Natural Protected Areas (CONANP).

There is a potential threat to these wetlands. The Chiapas Coast Hydraulic Program, implemented by the National Water Commission (CNA), has constructed more than 350 kilometers (217 miles) of dikes to divert the freshwater flow to nearby agricultural areas.

Location — The park is accessible from Highway 200 from the town of Escuintla, about 90 kilometers north of Tapachula. It takes some driving to reach the park and there are no developed tours. You can arrange an informal visit with the fishermen to see an amazing diversity of bird life.

Access — From Escuintla, take the road to Acapetahua, where you cross the train tracks and follow a dirt road 18 kilometers to (11 miles) Las Garzas, where you can hire a boat to take you to the fishing village of Las Palmas.

UNESCO Biosphere Reserve: La Encrucijada Biosphere Reserve is situated in the Pacific Coastal Lowlands physiographic region. It covers 144,848 ha stretching over six municipalities in the Costa de Chiapas (Pijijiapan, Mapastepec, Acapetahua, Villa Comaltitlan, Huixtla and Mazatan). It is composed of two large coastal lagoon systems that correspond to two core areas (La Encricijada and Palmarcito), and a wide variety of natural ecosystems including mangroves, zapotonales, tule swamps and marshes, as well as patches of tropical seasonal forest, coastal dunes and palm trees.
Eleven major rivers and their tributaries enter this ecosystem forming coastal lagoons where freshwater is mixed with sea water and the main activity is shrimp fishing. Biological diversity and richness of the site is extraordinary and includes a number of wildlife species such as Jaguars, river crocodiles and alligators, spider monkeys, and more than three hundred species of birds one hundred of which are migratory.
Approximately 29,300 people live in the biosphere reserve and are mainly engaged in four economic activities: fishing, agriculture, stockbreeding, and tourism. 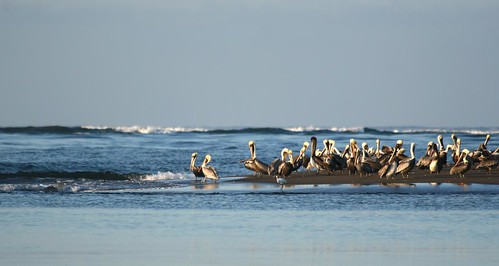 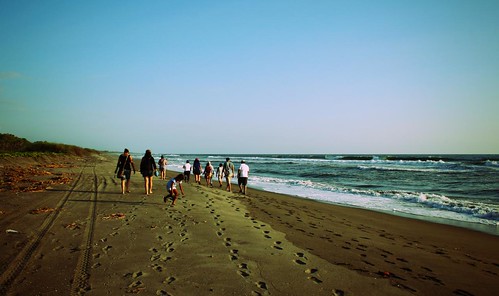 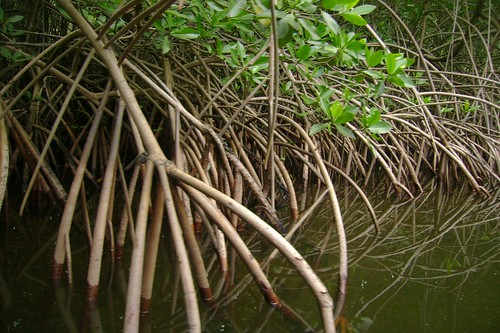