Wikipedia: New Brunswick is one of four Atlantic provinces on the east coast of Canada.

The Indigenous inhabitants of the land at the time of European colonization were the Mi’kmaq, the Maliseet, and the Passamaquoddy peoples, aligned politically within the Wabanaki Confederacy, many of whom still reside in the area.

Roughly square, New Brunswick is bordered on the north by Quebec, on the east by the Atlantic Ocean, on the south by the Bay of Fundy, and on the west by the US state of Maine. The southeast corner of the province is connected to Nova Scotia at the isthmus of Chignecto. 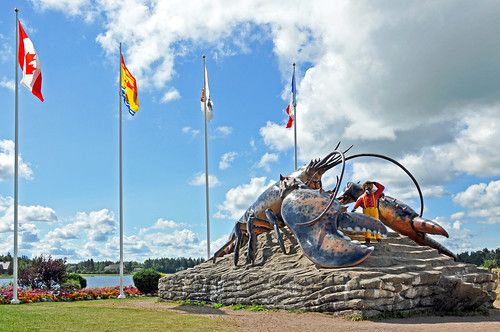