#Quarantine doesn’t have to be inside all the time as long as you practice #SocialDistancing such as here at Red Rock Canyon outside #LasVegas pic.twitter.com/mOC7qlANJI

Very clever of you @RedRockCynLV
Those of us #cycling the loop regularly welcome this 🚴 🚴‍♀️ pic.twitter.com/bWeDFzLkdX 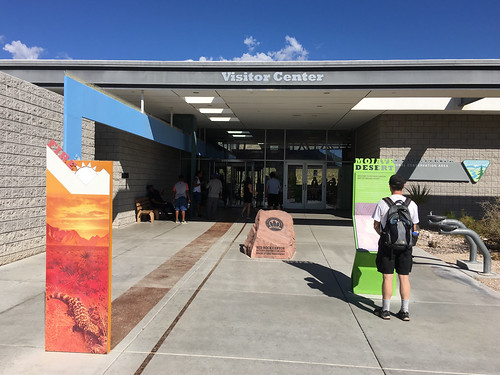 The area, named for its vivid, “rusted” red sandstone outcrops, offers visitors nearly 200,000 acres in which to experience unique sandstone escarpments, thickets of Joshua trees, beautiful desert flowers, the beloved desert tortoise, and evidence left by native peoples, such as roasting pits, petroglyphs, and pictographs. About a million people visit this stunning Nevada landscape each year to enjoy the 13-mile scenic drive; more than 30 miles of trails; excellent rock climbing, biking, and equestrian opportunities; and a vibrant visitor center. – BLM

The sun came out this afternoon, shining on the wet desert crust. Soak it up, little wildflower seeds, and we’ll see you in the spring! pic.twitter.com/DhLt4vOBRy

In 2018 voters in @ClarkCountyNV District F sent a loud and clear signal by electing @JustinJonesNV to represent them that they weren't interested in development in Red Rock Canyon. He is championing their position and honoring their trust today. #saveredrock pic.twitter.com/1XFGGwEraf

A years-long battle over proposed plans to build a master planned community overlooking Red Rock Canyon continues today with the County Commission. Commissioners are on standby to vote: approving or denying the developer’s application. pic.twitter.com/a1f635GaQP

The @ClarkCountyNV Commission Wednesday rejected a developer’s request to approve a preliminary plan for 3,000 homes overlooking Red Rock Canyon before a federal agency grants permission for a roadway leading to the site https://t.co/HExY5PckPn

So much support for #RedRock this morning ahead of the Commission meeting! Thank you to everyone who showed their support in person and online. Stay tuned to our feeds for an update. #SaveRedRock pic.twitter.com/nJ8I6Mmq4E

Rows of red shirts lining the aisles of today’s Clark County Commission meeting. Conservationist/supporters of @SaveRedRock are here (in their red Ts) with plans to stop the development of 3k homes overlooking Red Rock Canyon. The latest from this year’s-long battle: @News3LV. pic.twitter.com/MEgFUonTyj

Thank you @clarkcountyNV commission for voting to protect Red Rock Canyon today and holding the developer accountable for what they agreed to. #saveredrock pic.twitter.com/hG1ni8rXav

News
Wednesday, Clark County commissioners took a key vote that will delay the development of the 3,000 home subdivision on Blue Diamond Hill. A 2,000-acre mixed-use, mostly housing development has been in the planning stages for an area near Red Rock Conservation Area. Nearby residents have long been opposed citing concerns related to safety, the environment and encroachment on Red Rock, just across Highway 159.
Housing development near Red Rock faces hurdle – Las Vegas Now

Clark County Commissioners heard a request from Gypsum Resources for waivers to build on land near the Red Rock Canyon Las Vegas National Conservation Area. After a lengthy discussion, the Commission denied a project waiver request from Gypsum with regards to a road in and out of the area near Red Rock Canyon where the developer wants to build thousands of homes. Gypsum must obtain right-of-way the Bureau of Land Management for primary road and then return to commission for approval of plans of home project. – Clark County 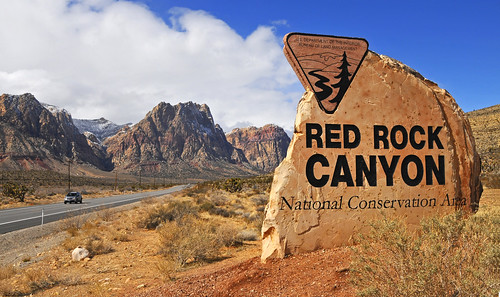 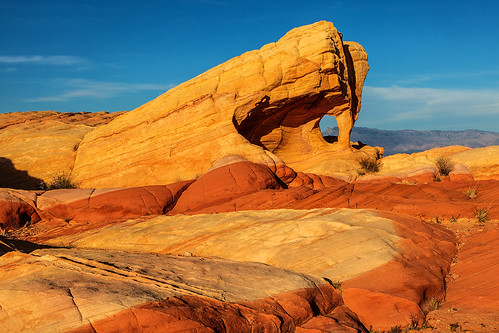 Red Rock Canyon is one of nature's finest gifts to Nevada and an integral part of our state's sustainable outdoor economy. #SaveRedRock pic.twitter.com/gYZj5sNUKT

I feel bad for anyone who tries to turn this into a subdivision. #SaveRedRock @SaveRedRock pic.twitter.com/xQk06bp93Q