South African National Parks – sanparks.org – manages a system of 19 functional national parks in seven of the nine provinces of South Africa with a total area of just over 4 million hectares comprising 67% of the protected areas under state management.

About us: SANParks is working towards being a major connector between societies. This has seen the vision of “Custos Naturae” slowly, but surely progressing to the vision of today as “A Sustainable National Parks System, Connecting Society.”

As a leading conservation authority, SANParks is a public entity under the jurisdiction of the Department of Environmental Affairs, where inclusive conservation as opposed to previous policies of exclusion, are central to advancing the policies in line with the National Development Framework for Sustainable Development and the national Development Plan. SANParks manages a system of 19 functional national parks in seven of the nine provinces of South Africa with a total area of just over 4 million hectares comprising 67% of the protected areas under state management. The SANParks of today is recognised as a world leader in conservation and protected area management. In the last two decades, seven new national parks have been established, totalling over 700 000 hectares, with much of this being in the under conserved biomes such as the Succulent Karoo and Fynbos.

The National Environmental Management Protected Areas Act mandates SANParks to create destinations for nature-based tourism in a manner that is not harmful to the environment. As SANParks is primarily a self-funding entity generating approximately 80% of its operating budget from its ecotourism business; fulfilment of its conservation mandate is heavily reliant on a thriving and sustainable tourism operations.

SANParks is on a positive trajectory towards making the management of its conservation and tourism estate relevant to the people of South Africa and the World, by ensuring co-operative governance and the continued flow of socio-economic benefits.

Our Mission:
To develop, expand, manage and promote a system of sustainable national parks that represents biodiversity and heritage assets, through innovation and best practice for the just and equitable benefit of current and future generations. 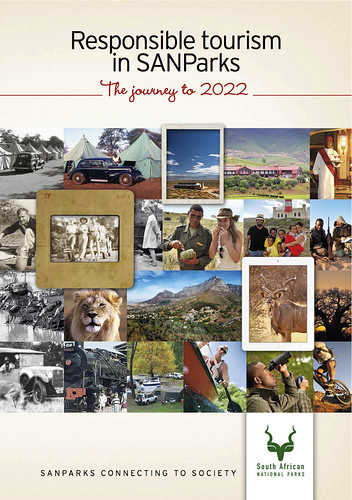