This gem of the Ice Age is brighter than ever in the Mojave Desert on the northern fringe of Las Vegas. Officially on my Places to Visit.


Key Facts
The monument is 35 square miles and stretches along US Highway 95 north of Aliante and Centennial Hills to Creech Air Force Base.

Reasons to visit
Visit notable places called Tule
See park creation in process
If you can’t take a long walk, take a short one. (Vegas is an incredible hub for state and national parks, recreation areas, and national monuments. But few are closer to town as Tule.

Beginnings
Because Tule Springs is a new park, there is no visitor center, facilities, or parking areas. Right now to access the park, people can park on nearby public roads in North Las Vegas, and they can enter the monument on foot. Federal regulations prohibit off-roading in the park. Vehicles are only permitted on approved roads and only when the vehicles are properly licensed for street use. 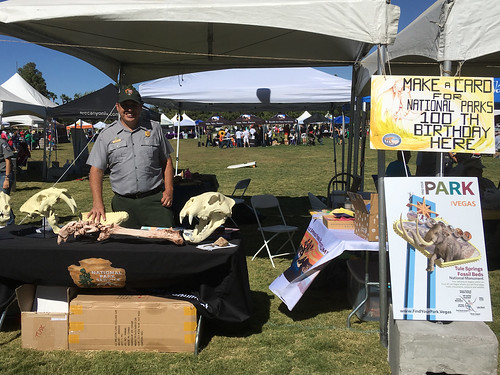 Developers of Villages at Tule Springs will pay $5M in private dollars to build the first assets in our urban national monument pic.twitter.com/15gUdyZLWg

Celebrating the new and established partnership between the National Park Service, City of North Las Vegas, and The Villages at Tule Springs pic.twitter.com/GQBJPYWhHC

Stop by Cornerstone Park in Henderson today to learn about the fossils found at @tulespringsnps #FindYourPark pic.twitter.com/wXgLzxEEAU