Las Vegas – Everything is hyped from the start, but Vegas Golden Knights aka VGK – nhl.com/goldenknights – exceeded everyone’s expectations in its debut year. Now back for season #3. Hashtag: #VegasBorn

The team has Home Ice Advantage in the Mojave Desert.

Plan ahead and get all of your @GoldenKnights parking information before it's too late! 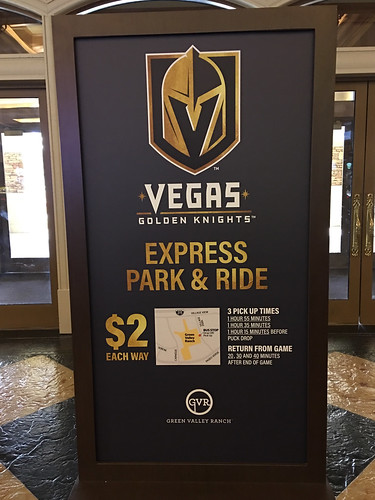 Fostering the physical, social, and emotional growth of Las Vegas youth, with an emphasis on sports.
Making sustainable, scalable positive impact on health and wellness through research, education, and prevention.
Enhancing teaching and learning through K-12 public school programs and initiatives designed to develop leadership and promote community service.
Securing the future of Las Vegas military, first responders, and their families, especially those who have suffered a sacrifice for the greater good.
Fighting hunger and homelessness in the Las Vegas community by addressing their root causes.
vgkfoundation

Elsewhere on the Web
ESPN