03:26 Jut need to respectfully negotiate a route that does not destroy our ancestor trees

The possum or the timber industry – Victoria’s state emblem, the Leadbeater’s possum, is one of the most critically endangered animals in Australia. Fire and logging have decimated its habitat, causing Leadbeater’s numbers to plummet. A fierce and secretive political debate is now raging over whether the possum and the industry can both survive, or if one has to go.

Designing Australian flora – Where would you find the ‘Landscape of the Year’, as determined in October by the World Architecture Awards Festival? It’s in Cranbourne in Victoria, the site of the Australian Garden. Don’t expect native bushland though, the Australian flora here is designed and sculpted into a gigantic work of art.

Restoring the Mallee – The Murray Sunset National Park in the Mallee country of Victoria has undergone an amazing transformation.

Vic National Parks open for development – The Victorian parliament has just passed a law that allows private enterprise to be built within national park boundaries.

Koorie Heritage Trust – The Koorie Heritage Trust has been protecting Aboriginal culture in Victoria for 25 years. It’s not a museum but a vibrant keeping place for a living culture. We meet the Trust’s chief executive officer Jason Eades who’s won a prestigious award for his stewardship of the trust. Also, a comprehensive book filled with bio-cultural knowledge of plants and animals in the Wadeye (Port Keats) and Daly River region was launched earlier this year, helping to keep culture alive.

Big Fella is Watching – change on the Bogong High Plains – ‘Bogong’ is the Aboriginal word for big fella – the name the local Yiatmathong clan gave the huge mountain that towers over Victoria’s alpine country.

Westography – documenting the fading ‘social landscape’ of the western and north-western suburbs of Melbourne and the western arc of country Victoria, Australia.

parks
More than 60% of Victoria is privately owned land, with 80-90% of that cleared of native habitat. National parks and conservation reserves make up approximately 18% of the land in Victoria, and are a refuge for plants and animals in a state with relatively little intact native habitat left. State forest and other forms of Crown land make up the other 22%.

The latest blog post refers to this discussion paper and the Monash University, Centre for Biodiversity and School of Biological Sciences report, Greater Alpine National Parks Study Area Review and Evaluation of Ecological Knowledge. The report was recently commissioned by Parks Victoria and considers key values, processes and threats for the natural ecosystems, how well the ecosystem components are understood and identifies critical knowledge gaps.

On 1 June 2011 the Commission presented to the Treasurer its report on Unlocking Victorian Tourism: An Inquiry into Victoria’s Tourism Industry. 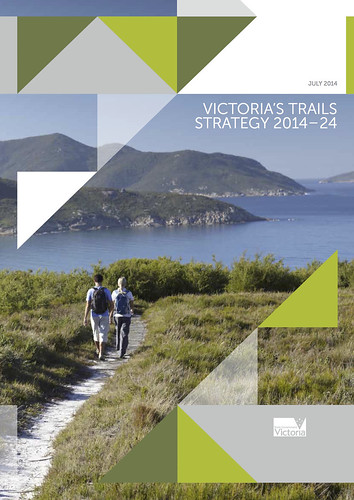 http://www.tourism.vic.gov.au/14-about-us/696-victoria-s-trails-strategy-2014-2024.html
Recognising the importance of trails to Victoria, the Victorian Government has launched Victoria’s Trails Strategy 2014 – 2024 (614 kb) PDF
The purpose of Victoria’s Trails Strategy 2014-2024 is to provide a whole-of-government approach and clear vision regarding the planning, management and promotion of trails in Victoria.
The strategy was developed by the Victorian Trails Coordinating Committee in consultation with industry and key stakeholders. It outlines a plan to achieve Victoria’s vision to be recognised as a leading trail-based destination that provides a diverse range of quality trail experiences for visitors, while strengthening the State’s economy and improving the health, wellbeing and lifestyle of the community.
@TourismVIC Launch of Anglesea Community Garden on flickr
A great community event including a traditional “Welcome to Country” smoking ceremony by David Tournier from the Wathaurong Co-operative. More than 60 people in attendance. 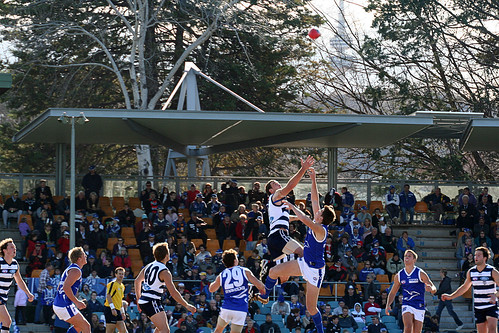 Twitter has being used by emergency services organisations, broadcasting authorities and the community to report information.

More than 45,000 hectares of forest in East Gippsland – including iconic stands of old growth trees such as the famous Goolengook forest – will be protected forever under new Brumby Labor Government laws passed through Parliament last night.

Environment and Climate Change Minister Gavin Jennings said protection of the area, which is the equivalent of more than 22,000 Melbourne Cricket Grounds, exceeds the Government’s 2006 election commitment to protect an additional 41,000 hectares in East Gippsland.

Australia’s alpine country and eastern highlands support biodiversity and natural processes central to the supply of water. Within the Greater Alpine National Park planning area, there is a wilderness park and eight wilderness zones.

Cape Otway
The Cape Otway Centre for Conservation Ecology is a not-for-profit organisation dedicated to the research and rehabilitation of Australian wildlife and their ecosystems, thereby increasing understanding and enabling measures to be taken to preserve and protect our vulnerable native animals – now and in the future.

Cape Otway lies at the southern most extent of the world-famous Great Ocean Road in Victoria’s Southwest.

Echuca
Echuca is located on the banks of the Murray River. Twin town Moama is on the northern side of the river in New South Wales.
http://www.echucavictoria.com
Echuca,_Victoria

Port Phillip
The council’s Walking Strategy encourages residents to walk rather than drive, to cycle and to use public transport and to learn about the great places and people in their neighbourhoods.
Walk Plan 2005-2010
http://www.portphillip.vic.gov.au
Port_Phillip
http://home.vicnet.net.au/~hsosk/downloads/ppwalks.pdf (PDF)

Wurdi Youang
A stone arrangement known as Wurdi Youang in Victoria between Melbourne and Geelong raises questions about what Aboriginies observed and knew about the night sky.
Were Australian Aboriginies the first astronomers?

Worawa Aboriginal College is Victoria’s only Independent Aboriginal school and the first of only two Aboriginal community controlled boarding schools in Australia. Worawa is a boarding school for Aboriginal adolescents in years 7 to 10 offering transitional arrangements with partner schools for years 11 & 12. Located just 60 kilometres from Melbourne Worawa is situated on 65 hectares of picturesque rural land that was once part of the Coranderrk Aboriginal Station.

Tourism
Victoria’s Nature-Based Tourism Strategy 2008-2012 (2.83mb PDF) is the first major inter-agency strategy for nature-based tourism and has been jointly funded and guided by Tourism Victoria, Parks Victoria and the Department of Sustainability and Environment (DSE). The development of the strategy was driven by the need to provide a coordinated and strategic approach to policy, planning, sustainable development and marketing of the nature-based tourism sector; and to optimise the economic, social and environmental benefits to Victoria.

Kanawinka Geopark
The United Nations has declared part of southwest Victoria as a globally significant geological area. The area known as the Kanawinka Geopark is the first geopark in Australia, and the 57th in the world to be recognised by UNESCO.

Introducing this strategic philosophy will initially confront some people, because it will require cultural change. However, this change is the single most important outcome proposed by this plan. Achieving this change will require a mix of presentations, discussions and distribution and reference of this plan over many years. It will require a mix of champions, working together and supporting each other, drawing on the Plan and case studies to demonstrate the value of changing. This is the fundamental action required.
– Tourism Plan for Public Land in the Otway Hinterland, Department for Sustainability and Environment

itbw award
2010 Finalist: Brambuk the National Park & Cultural Centre – In the early 1980s Aboriginal communities from the coast to the Wimmera came together with the idea to have a place where their unique culture could be preserved and promoted, and a place that created work opportunities for their people. After years of hard work and with the assistance of the State Government, Brambuk opened its doors in 1990. Brambuk’s mission is to document, recover, conserve and present the indigenous culture of the Gariwerd region. It plays an important role in employment and training of aboriginal people, education of the community, reconciliation, advancement of aboriginal people and tourism in the region, as well as providing a greater understanding of Western Victoria’s unique Aboriginal peoples Brambuk remains proudly 100% Aboriginal owned and operated. It is a self sustainable operation of great pride to its communities, and known throughout Australia and the world. Brambuk conducts Cultural and educational activities, operates the Bushtucker Café and gift shop, as well as providing Grampians National Park Information services on behalf of Parks Victoria. All of these functions come under the banner of Brambuk the National Park & Cultural Centre, a place where we interpret the past, the present and the special place that is Gariwerd. Brambuk continues to keep alive the culture of the Djab Wurrung and Jardwidjarli; the traditional peoples of Gariwerd and the region.

Brambuk Aboriginal Cultural Centre in Halls Gap is made up of five communities in the western part of Victoria, Australia. It is the gathering place which keeps custodianship over the magnificent rock art sites in the Grampians/Gariwerd National Park. To fund its operations Brambuk operates a successful bush tucker café, gift and book shops, cultural and education program, tours and backpacker accommodation with en-suite facilities.

Events
May 6-7 Geelong’s Extreme Arts Walk. Choose the distance. Choose the challenge.
The Connecting Memory app taps into a rich collection of digital stories about the iconic places and fascinating people of the region. Walkers on the M~M route will unearth stories (video, audio, images, text) as they pass through grasslands, industrial nightscapes, city centre, rural landscapes and beaches across the twelve wards of our municipality. Download now.
http://mountaintomouth.com.au https://www.facebook.com/mtomgeelong https://twitter.com/MountaintoMouth
https://www.instagram.com/mtomgeelong/

If we don’t all prosper together, then nothing will have been achieved.
– Eels, Stone Houses and National Heritage

What do you call a boomerang that doesn’t come back?

Moonlit Sanctuary
Moonlit Sanctuary is only 50 minutes south-east of central Melbourne, at the top of the Mornington Peninsula, and on the way to the Penguins on Phillip Island. Melbourne’s award winning wildlife park, Moonlit Sanctuary Wildlife Conservation Park invites you to explore 10 hectares of bushland, meeting endangered species, feeding kangaroos and wallabies, petting koalas and enjoying encounters with colourful birds, reptiles, dingoes and many other animals. At night, Moonlit Sanctuary comes alive with world-famous lantern-lit tours. Night birds are active, tiny feathertail gliders and giant yellow-bellied gliders swoop around, and endangered quolls, pademelons and bettongs forage for food. Herb Patten is a musician. His instrument of choice? The gum leaf: http://t.co/1yrm3UBKKw pic.twitter.com/GyaiM2FhAD

The intent of the Plan is to protect and enhance the outstanding natural, cultural and recreational values within the parks, which cover over 900 000 hectares in Eastern Victoria. The Plan adopts a landscape-scale approach for managing fire, catchments, pest plants and animals, and recreation and tourism across the Greater Alpine National Parks. The Plan outlines a new visitor experience framework approach, which aims to promote the value and experiences important to park visitors in specific settings, destinations and journeys. The plan seeks to maximise the social and economic benefits of the parks beyond their boundaries including water supply, tourism and education.

For further information or to download a copy online visit: www.parkweb.vic.gov.au/alpsplan.

It’s the straight bit of the border between NSW and Victoria. It’s high altitude mathematical precision and messy politics.