Elsewhere on the Web
The 19th century swami

Recommended Listening
Legacy of Swami Vivekananda – The millions of yoga devotees who sustain today’s multi billion dollar global industry, have probably never heard of the man who brought yoga to the west. Yet ironically he had no time for physical exertion, instead preferring marathon sitting meditations.

Swami Vivekananda – “O Lord, the different paths which men take … all lead to Thee.” Proclaiming the oneness of all religions at the first Parliament of the World’s Religions in 1893 the young Swami Vivekananda became an overnight sensation. On the 150th anniversary year of his birth, award winning Australian playwright, Alex Broun, has written “Oneness: Voice Without Form” to be performed at the Sydney Opera House. 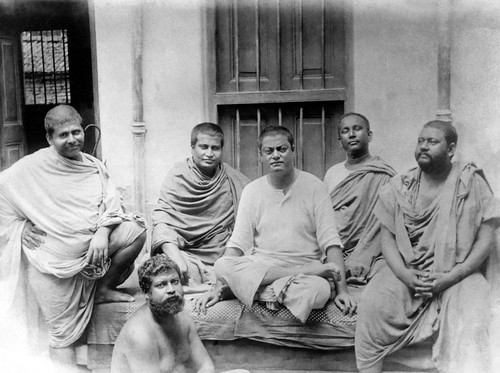