The state of Zacatecas is located in northwestern Mexico.

Zacatecas City is a colonial gem, home to 300,000 people and located in northern Mexico. Capital of Zacatecas state, the city was built between two hills (El Cerro and La Bufa) at an altitude of 8,200 feet.

Its splendor is due to its role in silver production. The mine at Cerro del Grillo has guided tours showcasing how miners worked during the Colonial era. At night, the mine serves as one of the country’s most unusual discos.

Cultural World
The Museo Rafael Coronel is set in a partially restored convent dating back to the 16th-17th centuries and houses a large and diverse collection of masks drawn from across Mexico. 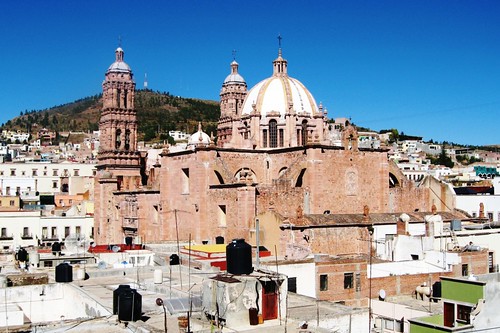